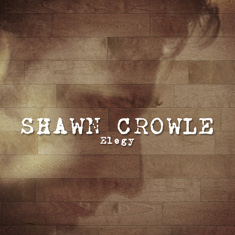 "Awesome.  Unique, emotional and different from pretty much anything you've ever heard."  This is how Elegy, Shawn Crowle's quasi-conceptual debut album, available now on CDBaby and Itunes, is being described.  With comparisons to Tom Waits and Bob Dylan, the album is a portrait of the human condition, scattered with moments of heartbreak and hope, love and loss and a search for understanding.

Elegy is as intentionally rough-edged and lovely as the characters that populate it.  Formed around a base take of guitar and voice, the songs are made up of simple, sparse arrangements falling in around the words, always keeping the story at the forefront, creating a stark musical picture of ungainly beauty.

The songs resonate with a delicately played guitar, lyrics powerful in their simplicity and a weary voice, drawing the listener into the world Shawn has created, if only for a while.  With tours planned throughout 2011 and radio plays on  digital radio stations such as the "Amazing Folk Roots" show on Amazing Radio,Elegy is steadily reaching out to listeners, demanding their attention.

For more information or to listen to the album for yourself, visit Shawn at www.shawncrowle.com or www.reverbnation.com/shawncrowle  For promo-requests or to set up an interview, please write Shawn at shawn@shawncrowle.com.


-- Kindly written by Thane Satyr, former drummer and vocalist for the Naughty Divas and (Rawlco Radio Recording Artists) Dean Lonsdale and the Ramifications.  Opening quote by Dave Gibbons of the Monobandits.


Listening to:  This American by Joe Purdy.  His latest release, which he's kind enough to give away for the month of December.
No comments:
Email ThisBlogThis!Share to TwitterShare to FacebookShare to Pinterest 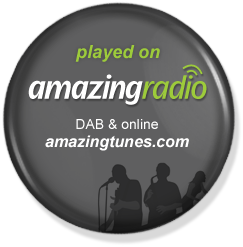 "Once...", the first track from the new album, "Elegy" is going to be featured on the Amazing Folk Roots radio show on Amazing Radio hosted by Frankie Ward this Sunday, December 5th at 7pm GMT and again on Wednesday, December 8th at 6pm GMT.  This week Frankie will be joined in the soapbox by poet and comedian John Hegley.

You can listen to a live stream of the broadcast at www.amazingradio.co.uk or listen live via DAB Digital Radio.  If you miss the show, you can catch it again via Amazing Radio's rewind service from Tuesday on at www.amazingtunes.com/users/amazingrewind

Listening to:  Music from the Big Pink by The Band.  From Eric Clapton to Elton John, one of the most influential albums of all time.